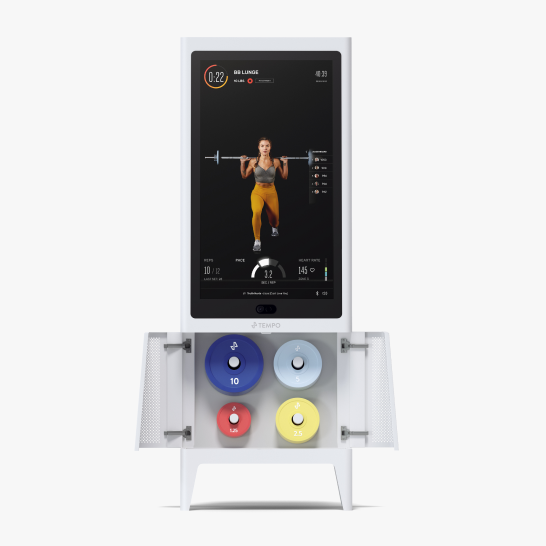 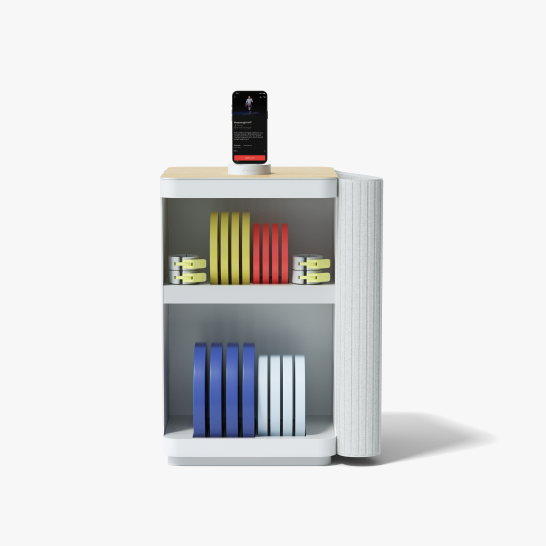 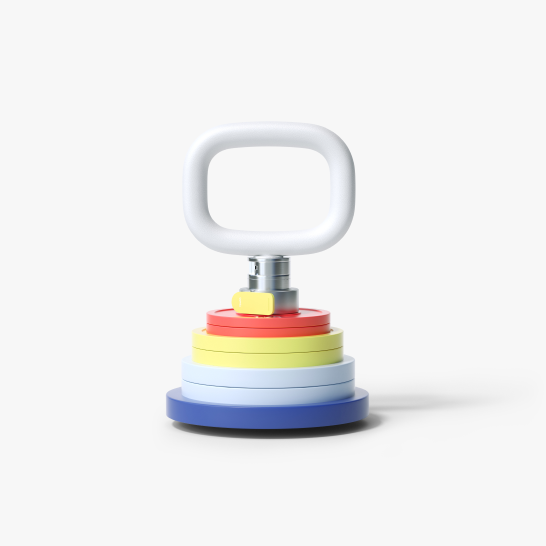 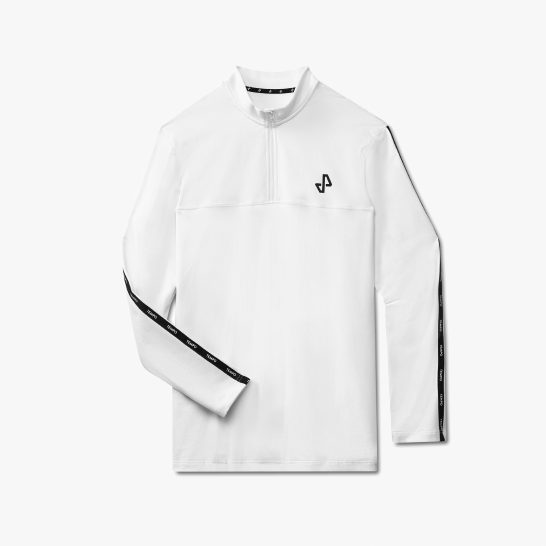 Take On the Tempo Winter Games

Just like with the Tempo Games last year, you’ll now have the chance to hit the mat with some of North America’s most talented athletes representing their countries in Beijing.

These all-star athletes will be part of a six-class Tempo Winter Games program available exclusively on both the Tempo Move and Studio. Each athlete will coach two classes that draw from their own sporting discipline and their daily training routine. You’ll be training like, and with, some of the best athletes in the world, developing new skills while testing your strength and endurance through hypertrophy, HIIT, and core classes.

And if that wasn’t enough, Tempo members who finish all six Tempo Winter Games classes by January 26th will receive a limited-edition finisher shirt. This special Winter Games long-sleeve won’t be available in our online or physical stores — the only way to get it is to take on the challenge of the Tempo Winter Games.

Mike Schultz, Para Snowboarding: After losing his left leg in a snowmobile accident in 2008, Mike has shown that a devastating injury won’t stop him from becoming a champion. The 40-year-old has outperformed parathletes half his age, taking home a gold and silver medal in para snowboarding in previous international competitions.

Before competing as a para snowboarder, Mike actually engineered his own prosthetic knee and won an adaptive silver medal in the X Games. Realizing that others in his position could benefit from prosthetics made for higher-impact sports, Mike, also known as “Monster Mike,” founded his own prosthetics company. Now amputees around the U.S. who want to return to or explore new sports can do so thanks to Mike.

Gain a better sense of balance and improved upper body strength in Mike’s duo of classes.

Maame Biney, Short Track Speed Skating: At just 21, Maame has already accomplished so much. A native of Ghana who moved to the States at the age of 5, Maame represented the U.S. in PyeongChang in 2018, making her the second African-born athlete ever to do so. She is also the youngest skater and the first Black woman to make the U.S. Short Track national team that year. Maame continues to inspire us by using her growing platform to bring attention to important issues and topics such as the Black Lives Matter movement.

Train your core and your legs with Maame to develop the endurance and stability of a champion speed skater.

Mark McMorris, Snowboarding: Like one of our newest coaches, Lindsey Vonn, this big air and slopestyle events snowboarder found ways to overcome his many injuries to land at the top of the podium. Only the second person in history to win two gold medals at a single X Games, Mark was the first person to successfully perform a backside triple cork 1440, a seemingly impossible maneuver that has the snowboarder starting the jump from a backside position, performing four full rotations in the air with the head dipping below the feet three times, before finally landing successfully. Plus he’ll be repping Canada in Beijing this year. Impressive, to say the least.

Focus on strengthening the legs and the core with Mark before hitting the slopes.

Our star lineup of athletes have redefined standards, pushed boundaries, and above all shown that strength isn’t just hours in the gym — it’s hard work, grit, and passion. While each of our athletes is certainly accomplished in their own right, they’ve done so much more than what their medals signify.

By training with these all-star athletes you’ll get stronger in more ways than one.

Start the Tempo Winter Games challenge now on your Tempo Studio or Move. Remember, you have until January 26 to finish all six classes and receive your limited-edition shirt.

It’s time to channel that inner champion. See you on the mat. 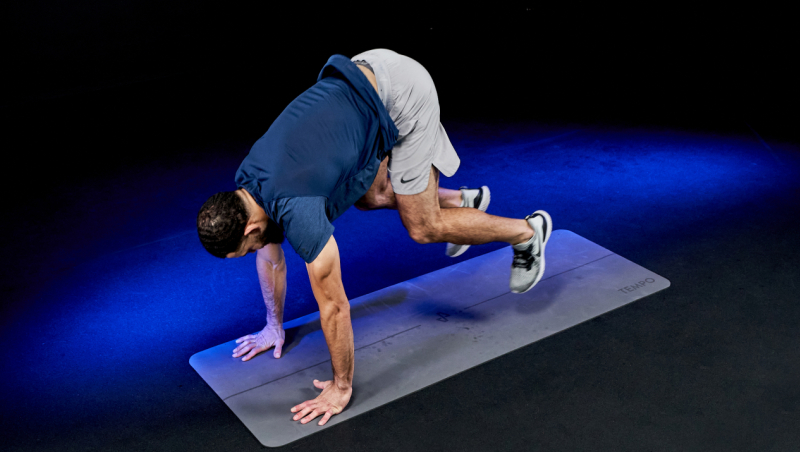 How to do the Perfect Burpee

The step-by-step guide to perfect this full-body exercise 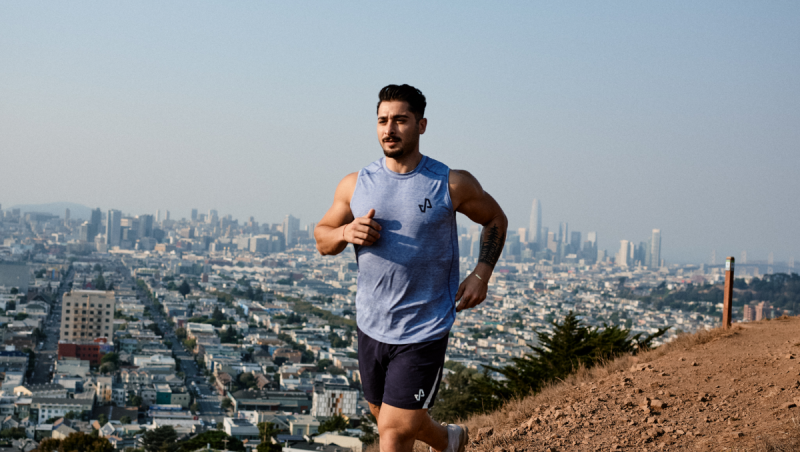 Run from wherever you are with fellow Tempo athletes 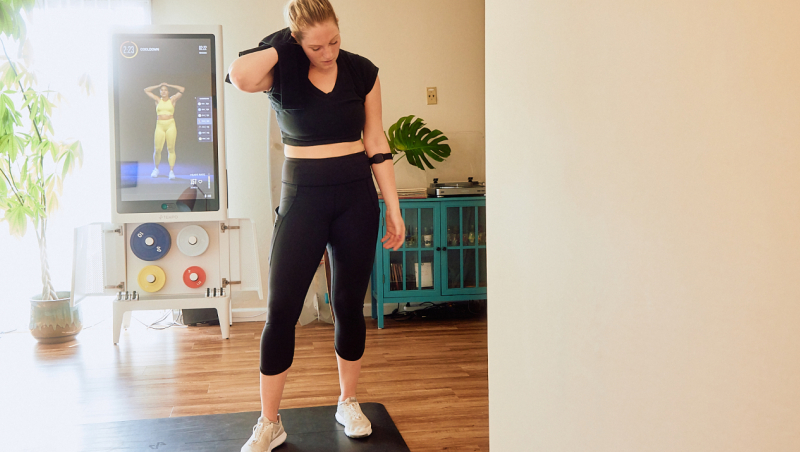 How To Strength Train At Home

No equipment or access to a gym? Make the gains at home.